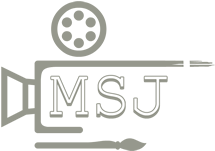 Article Abstract: M. Night Shyamalan’s film Signs regularly creates obstacles that impair – or deny – vision to both the film’s characters and to spectators. This motif functions as both a way of generating immense suspense as well as creating a more subjective spectatorial experience that conflates lack-of-sight with the inner turmoil of the film’s protagonist.

More information on Mise-en-Scene | The Journal of Film & Visual Narration as taken from their website: "Mise-en-scène: The Journal of Film & Visual Narration (MSJ) is the first of its kind: an international, peer-reviewed journal focused exclusively on the artistry of frame composition as a storytelling technique. With its open-access, open-review publishing model, MSJ strives to be a synergistic, community-building hub for discourse that begins at the level of the frame. Scholarly analysis of lighting, set design, costuming, camera angles, camera proximities, depth of field, and character placement are just some of the topics that the journal covers. While primarily concerned with discourse in and around the film frame, MSJ also includes narratological analysis at the scene and sequence level of related media (television and online) within its scope."