Binge-Watching is Bad for your Health! 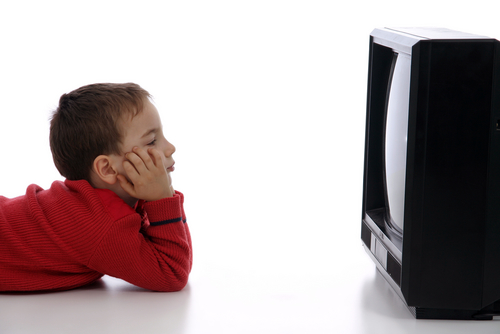 While driving the other day, I heard an opinion piece on NPR’s Fresh Air by guest contributor and award-winning television critic David Bianculli in regards to how the shift towards binge-watching has altered the television viewing landscape (link to this story here).

By definition, binge-watching is the act of consuming large quantities of television shows in immediate succession rather than adhering to a typical weekly viewing schedule. Bianculli remarked on how binge-watching cultivates disconnected viewers who consume media at their own pace rather than on a specific schedule ordained by a network. This shift really started 20 years ago when you father would program the VCR to tape NBC’s Must See TV lineup but not at the scale we see today. More recently, the true cultural phenomenon of Binge-watching was brought about by the advent of Digital Video Recorders (DVRs) and has since been fueled immensely by the emergence of video streaming applications such as Netflix, Hulu, and Amazon Prime in recent years.

The radical propulsion of binge-watching, in my opinion, is due to two distinct elements: the technology permitting streaming of video to myriad electronic devices and to the aforementioned streaming services creating their own content.

Shows developed specifically for online streaming such as House of Cards and Orange is the New Black (Netflix) or Transparent (Amazon) are not only gaining traction commercially but also critically where the latter recently won the prestigious award for Best Drama at this year’s Golden Globes. The important aspect of these shows is they never had a pre-ordained network schedule. They were simply dropped, in bulk, onto the Internet one day with no rules or stipulations as to how much to watch or when.

Bianculli’s argument is a fascinating one: In an age where technology is permitting exciting, well-written television shows to find niche audiences and succeed, is our shared collective viewing experience – what we’d call “water cooler” television – disappearing? It was easy to gather at work Fridays and discuss the previous night’s episode of Seinfeld. Can we discuss Orange is the New Black without any sociocultural marker as to how quickly/often a viewer should be consuming their season? Binge-watching has spurred islands of viewers where each is afraid to discuss their progress for fear of spoilers or ruining the experience. Gone are the days of lengthy heated discussions regarding the content of a show. Now, the conversation is simply, “are you caught up yet?”

So how did Netflix, et al get us to this place? How has the dominant model of viewership, in place for the past 75 years, suddenly been upended? Using Bianculli’s essay as a jumping off point, I want to explore how technology, specifically, has permitted this seismic shift in our cultural viewing habits. To do so, I will focus specifically on the technological innovations of Netflix as a case study in shifting art and media culture.
In an article entitled, “How Netflix Works,” authors Tracy Wilson and Stephanie Crawford break down the complex infrastructure driving Netflix. Netflix is an interesting company that used technological innovations to pioneer disruptive technologies, putting the nail in the coffin of Blockbuster Video stores (and its ilk) and promoting declining DVD and Blu-Ray sales (Lang). From a Corporate Strategy standpoint, Netflix is a fascinating beast to study.

Even with the death of video stores, Netflix’s model has surprisingly increased the landscape of smaller independent/art-house films. As noted in the peer-reviewed journal, Film Quarterly, “feature- length independent and art films ha[d] become almost impossible to finance in the U.S., and distributing such films for theatrical release has become a nearly outmoded business model as marketing costs can frequently outstrip box-office grosses [which now requires digital streaming distribution to survive]” (Hilderbrand, 2010, pg. 24). The selections of offer from Netflix are nearly 500,000 as compared to the infinitely smaller crop of films available at your old Blockbuster location.

There is simply too much to discuss with Netflix as a corporation. Therefore, in the interest of brevity, I will ignore the inner-working of major aspects of Netflix such as their DVD-by-Mail service and simply draw attention to three major technological initiatives – all of which solidify Netflix as a major entity-of-choice for mainstream content viewing.

The first topic for discussion is the Netflix website (www.Netflix.com). The Netflix website was the introduction for many to streaming commercial video. Netflix began utilizing their website as the main customer interface for both online and DVD-by-Mail services. Their site is an aesthetically pleasing interface for customers to search, sort, rank, and (most importantly) view movies all built on complex databases storing massive amounts of information for hungry movie fanatics looking for their next fix. The Netflix site, similar to e-retailers, offers massive amounts of information regarding the products on their site. “When you hold your mouse pointer over a selection, the site pulls a lengthier description from a database and displays it on the screen…including information about the movie’s plot, cast, MPAA rating, [and much more]” (Wilson & Crawford). The real-time access to massive quantities of information spurs cineastes and casual film browsers alike to navigate the site for hours building their library and hunting for their next favorite flick.

The second major piece of Information Technology driving the success of Netflix is their recommendation system. This system subverts what many would typically view as impossible to quantify: artistic taste. Netflix somehow creates a scarily good engine for providing movie recommendations. This recommendation service is built on a complex algorithm. Originally, this algorithm was developed by Netflix, called CineMatch, but in an effort to improve their customer experience, Netflix opened their source code to the public creating a contest to improve its recommendation accuracy. Three years later, 7 developers claimed the $1 million dollar reward and Netflix now has a killer, unrivaled taste-maker to drive their site. This mathematical equation alone is credited with shifting film subscriber’s consumption habits as the New York Times has noted, “it has given independent releases and films that did not succeed at the box office a wider distribution” (Wilson & Crawford).

The final piece of technology I wish to cover is Netflix’s spearheading of video streaming. Originally relegated to their website in 2008 when the service began, Netflix abandoned their Microsoft partnership in 2010 and embraced HTML5 to permit a wide range of mobile devices and television sets to stream its content. This has led to many people canceling cable and staying in for a “Netflix Night.” But how does Streaming Video and Audio work?

In order to facilitate the video streaming over the Internet, videos must also be significantly compressed. Raw video footage is far too large in size but the tools for video compression have advanced to the point of maintaining high quality streaming in small data packages. Finally, complementary innovations such as Smart TVs or Web-enabled devices like a Roku or Apple TV permit television sets to receive and display Netflix’s (and others’) content. All of this traveling digital content has required internet technology drastically shift to meet this increased demand. As noted, “YouTube…and Netflix…represent 50% of total Internet traffic. Such an amount of traffic “magically” bypasses the core of the Internet, [through complex innovations called CDNs] enabling the de-congestion of the network [and] leading us to a mesh model in which all ISPs want to increase their interconnections” (Palacin, Oliver, Infante, Oechsner & Bikfalvi, 2013, pg 322).

These technological evolutions are not limited to Netflix alone, of course, but Netflix has become the iconic face (or dare I say iconic Red Envelope?) of digital streaming because of its reach and because it was a pioneer in so many of these markets. For these technological innovations alone, Netflix is an entity worth discussing. But there’s something much bigger they’ve accomplished.Most recently, the biggest shift Netflix has made is in the arena of content creation.

In an age where streaming sites are hungrily competing for existing content, Netflix once again separated itself from the pack by creating its own brand of exciting, unique shows. Their approach to releasing shows however flies in the face of the traditional Television model. Rather than scheduling a show for a season across weeks lasting many months, Netflix releases an entire season of episodes at once allowing viewers to consume at their own pace. This choice is what has ignited the craze of binge-watching as many rabid fans will devote an entire weekend to viewing an entire season at once.

NPR has an interesting article on the psychological effects of binge-watching. The article followed researchers who wanted to test whether binge-watching had similar effects to binge-eating and binge-drinking. Their findings: in coming off of binge-watching, “you get this response that’s very similar to the response from giving up food or substances…the feeling of needing it all the time is [there]” (Rutsch). Additionally, as noted by Time Magazine, the sedentary consumption style of binge-watching creates potential health hazards such as increased risk for diabetes and other negative health effects (Park).

So what does all of this mean? It means as we continue to evaluate the success of firms in their quest for competitive advantage, we cannot ignore the necessity to innovate with IT. It means that companies should not simply settle for offering a novel product or service but should strive to change the culture. Netflix is a fascinating organization that continues to use technology as a vehicle for attaining competitive advantage. Through its disruptive technologies it has doomed other businesses, changed the cultural media landscape, and made movie-lovers out of all of us. And ultimately, there is a moral of the story: Netflix is an amazing case study of how consistently novel improvements on existing IT practices can not only impact the business world…it can shape it.