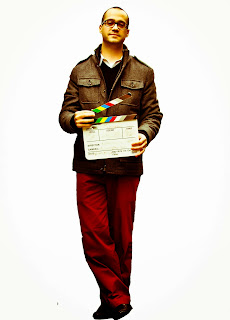 Recently, Derek Dubois was profiled on the front page of the Woonsocket Call by journalist Russ Olivo.

"There’s a lingering question on the mind of award-winning filmmaker and city native Derek Dubois.  Does anybody outside this struggling ex-mill town care about its plight and how the people who live here cope?

The adjunct film professor at Rhode Island College and the director of seven film shorts is well on his way to finding out. He just finished the trailer for his first feature-length film, a documentary that will explore the tough times through the lens of the city’s annual Autumnfest celebration.

“It’s not just about Autumnfest,” says Dubois. “It’s about getting Autumnfest off the ground. Doing that in a city that’s in the condition Woonsocket is right now makes for a very interesting story.”........