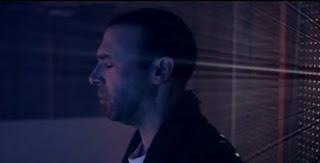 Some big news on the Lucid front:

Saturday, October 19th, Lucid was screened as part of the 2013 Rhode Island International Horror Film Festival where it was named the recipient of the Providence Underground award.

Additionally, our first official review of Lucid was published on the Film Threat website.

"Lucid is...a pretty solid head-trip. Some fun visual effects work, lighting and compositional choices and a score that sets an uncomfortable stage, all come together to make things as uneasy for the audience as well as for the main character."