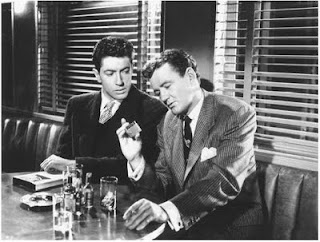 Fallout is the story of two brothers, struggling for their lives, who are holed up in an underground shelter as unseen forces close around them.

Currently, we're hard at work in the pre-production stage. The film has been written, cast, crew assembled, the set is under construction and we plan to roll film towards the end of April.

This project will cost a significant amount of money to get off the ground.  We're currently looking to establish a "Kickstarter" page which will allow for donations to be made towards our new film.  This will allow us to invest in the technology, clear song rights, and amass the necessary resources to tackle this film as professionally as possible.

Our ultimate goal with Fallout is to take the festival world by storm.  It will be a long while before this film makes it's debut online.  However, your pledge can assist us in completeing it soon and will guarantee your chance to see it.
Posted by Derek Dubois at 8:09 PM No comments: